Sculptor News
Home In the News A Massive Sculpture of an African American Last Supper, Hidden for Years,...


Joy Zinoman got an unexpected phone call last week. Demolition had just begun inside a former church in Columbia Heights that she’s turning into the new home of the Studio Acting Conservatory. Now the boss of the the crew working was on the line to tell the Studio Theatre founder about a remarkable discovery his guys made: An enormous frieze of the Last Supper that was hidden behind drywall for more than a decade.

The building on Holmead Place, Northwest, had been slated to become condos before the conservatory bought it earlier this year. It was built in 1980, city records say, to house New Home Baptist Church, which moved to Landover, Maryland, in the 1990s. After that it became a building for the Church of Jesus Christ of Latter-Day Saints. A signature on the lower right of the sculpture  leaves no doubt at which point it joined the building’s history: “All rights reserved 1982 Akili Ron Anderson.”

Anderson, an artist who’s lived his whole life in Washington, began installing art projects at DC-area churches in 1985–mostly stained glass windows, as well as a painting and one sculpture, the Washington Post reported in 1993. That would be this altarpiece. “Everyone who visited the church was taken aback by it,” New Home trustee board chairman Willie L. Morris told Post reporter Esther Iverem. “It was very important to us that we have a black artist. All the other Last Supper pictures we’d seen were always in a white framework.” The church wanted to take the relief with it when it moved, “but we couldn’t,” Morris said. 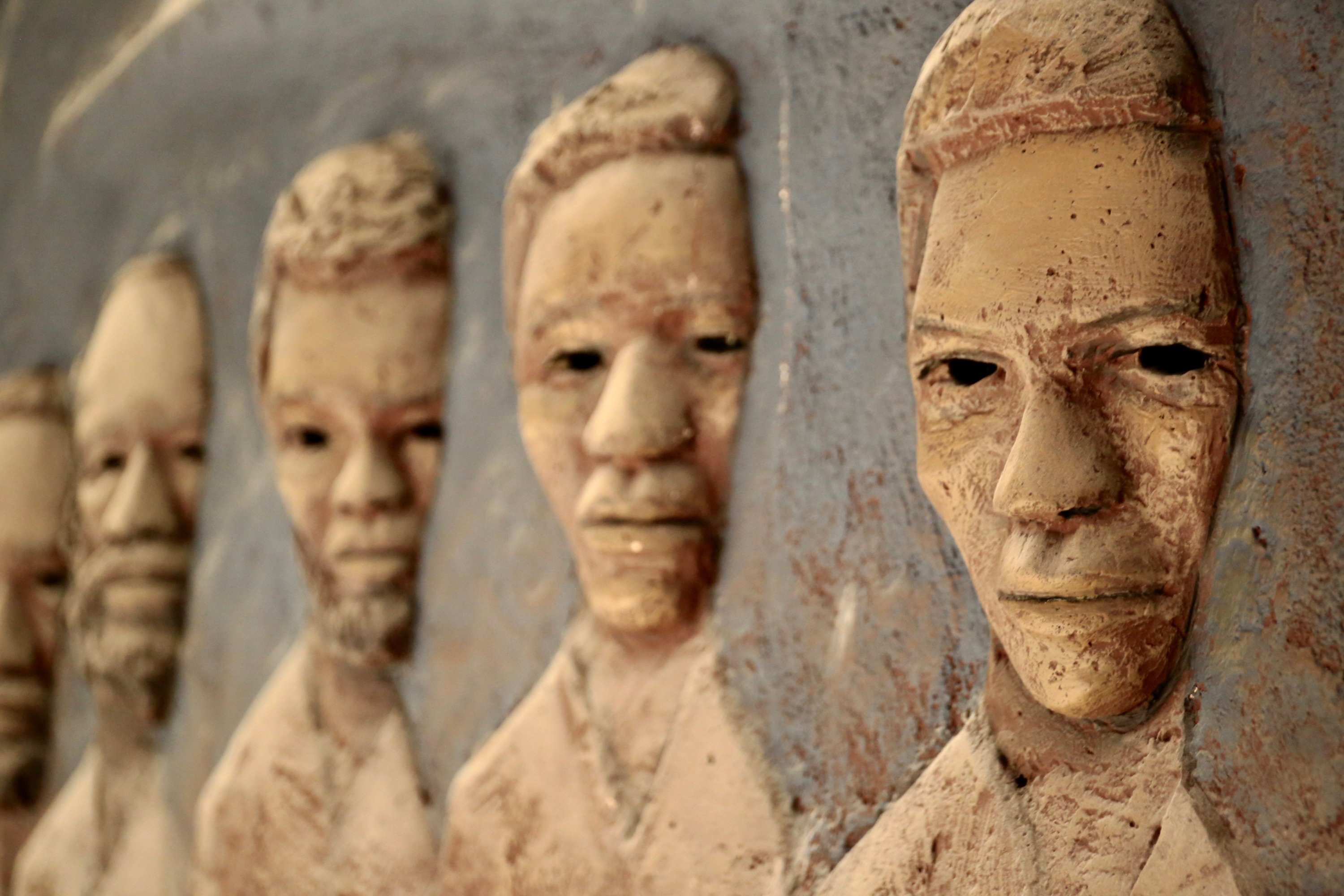 Anderson now teaches at Howard University and some of his artwork is easier to see, particularly his work Sankofa at the east and west entrances of the Columbia Heights Metro Station as well as stained glass at Andrew Rankin Memorial Chapel and the Prince George’s County Courthouse. The fact that the participants in the Last Supper are black reflects a movement among African American artists, beginning in the late 1960s, to make the art in places of worship look like the people inside them. “I think it’s important for black children sitting in churches all over this country on Sunday morning to look up at the windows, look up at images and see themselves and believe that they can ascend to heaven, too,” Anderson told Iverem in 1993.

It’s not clear when the 232 square feet of religious art was covered by drywall. City records show that an inspector reviewed some “Close-in (concealment)-Walls Construction” in 2003. Zinoman says she’s spoken with Anderson (I haven’t been able to get him on the phone yet but am very keen to chat!) and learned that he undertook the artwork when he worked at Duke Ellington School of the Arts and had a coworker who attended New Home. He modeled Jesus, she says, on a congregant and used people on the street as models for some of the disciples. 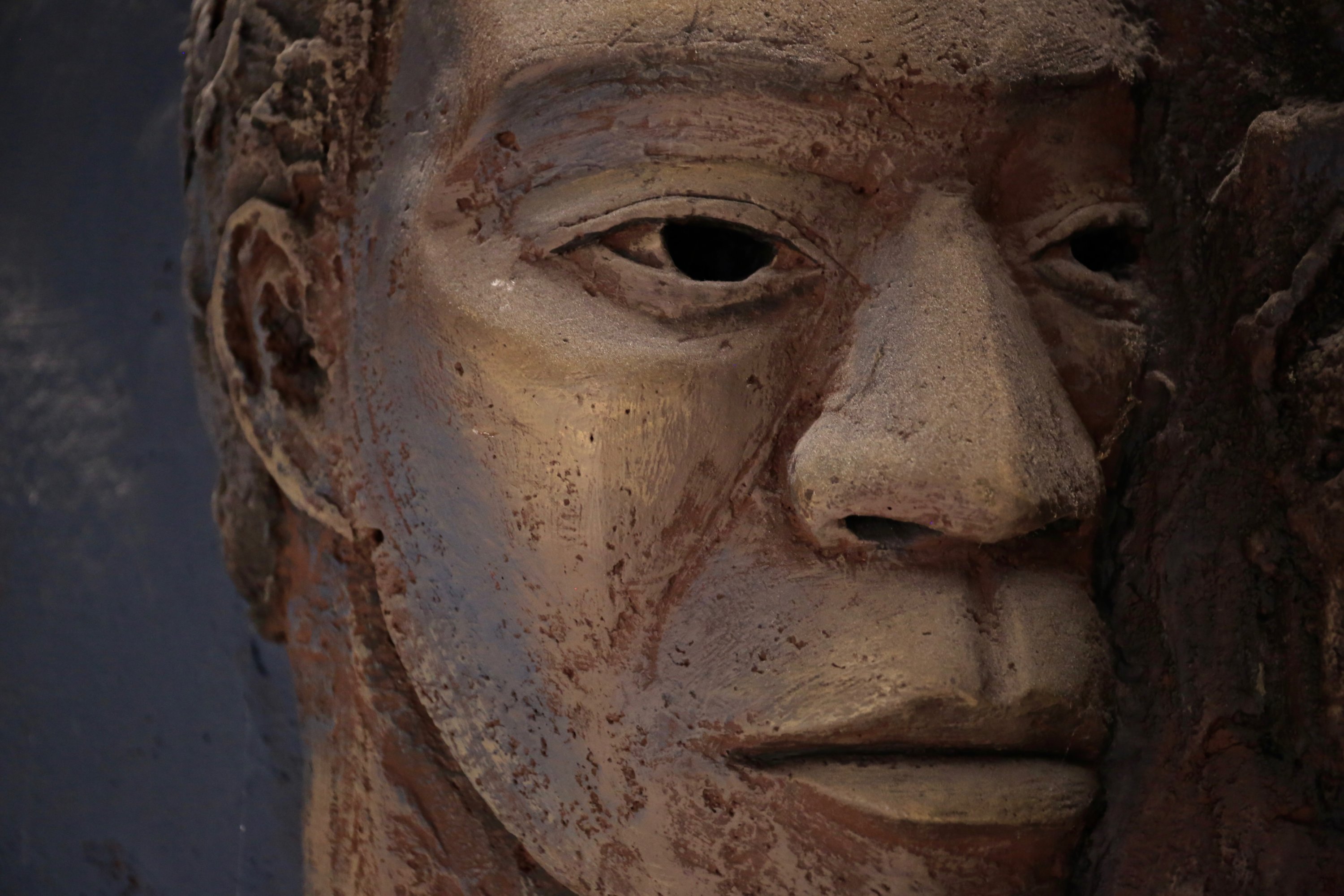 Inside the new space, other remnants of its life as a place of worship remain. There are some posters from its Mormon past, as well as a framed photo of a gleaming tabernacle, now dusty and leaning against a column. When you first view the frieze in person, as I did Friday, you’re likely to gasp: It’s difficult to convey just how large and impressive this sculpture is. 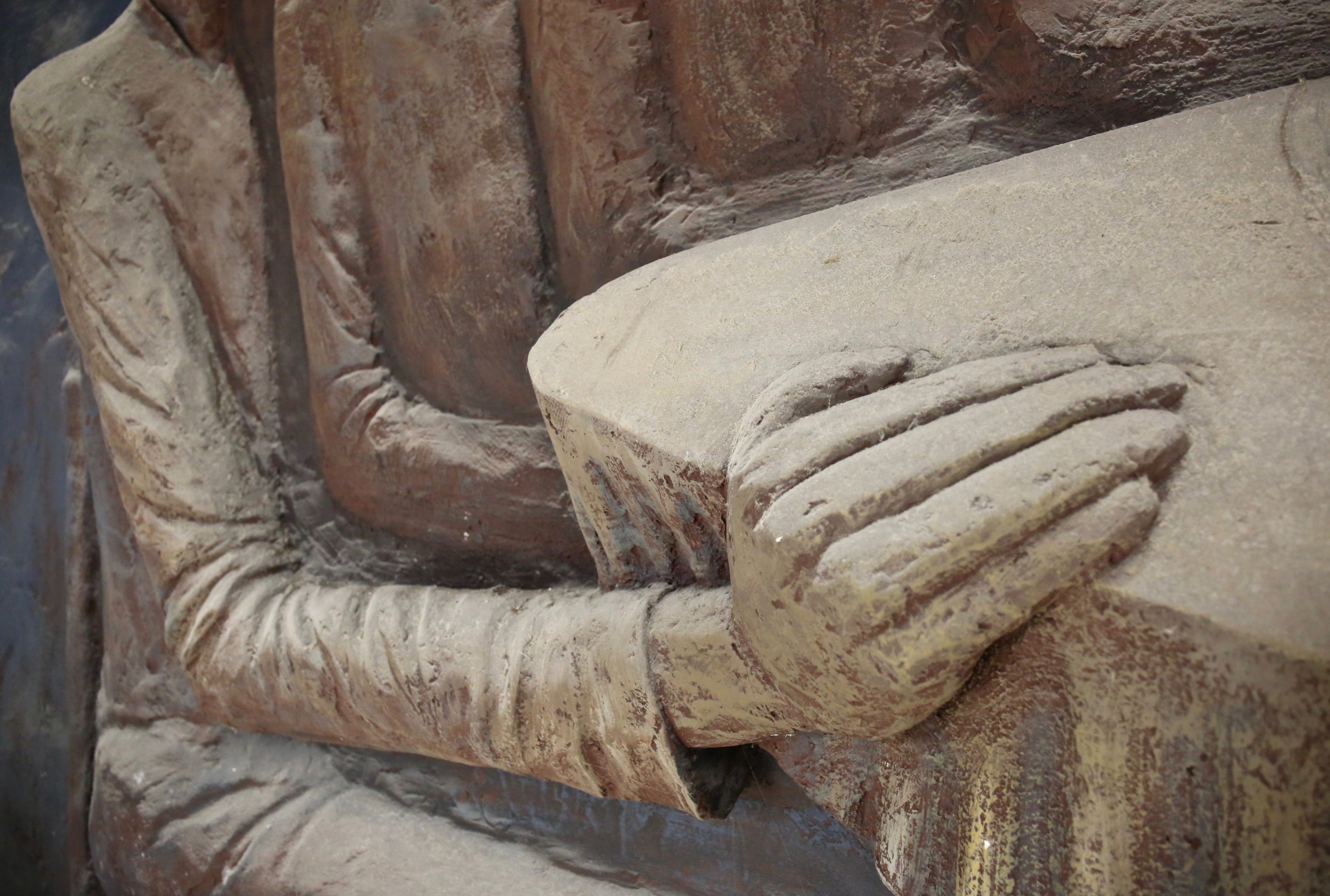 Acting studios are supposed to be bare, and Zinoman, who likens this piece to the Sistine Chapel, really hopes it won’t end up behind a curtain at her conservatory. “What the hell is going to happen,” she wonders aloud while pondering it. She’s hoping a museum might wish to take it. Removing it from the wall will not be easy and will require a lot of skill and experience (and presumably money) to do properly. “All I want is for it to be in a place where people can see it,” Zinoman says. “I think it’s a great work.”

Life and times of Bob Dylan through art and sculpture