Sculptor News
Home In the News Child is killed at Christmas market in Luxembourg when ice sculpture topples...


Child is killed at Christmas market in Luxembourg when ice sculpture topples over, smashes and victim is hit by a broken shard

By James Gant For Mailonline

‘According to initial evidence, an ice sculpture collapsed and a block of ice unfortunately hit a young child’ around 8pm local time on Sunday, police said.

‘The child was severely injured and died in the ambulance,’ the statement added. 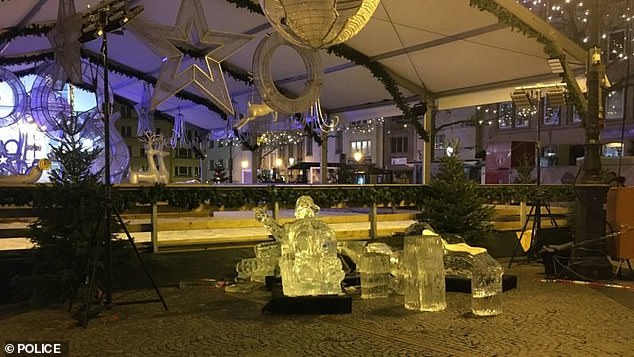 Witnesses told local media that ambulance staff had attempted to revive the child at the scene.

An investigation has been opened.

The accident happened just metres from the ice rink at the capital city’s annual Christmas fair which opened on Thursday.