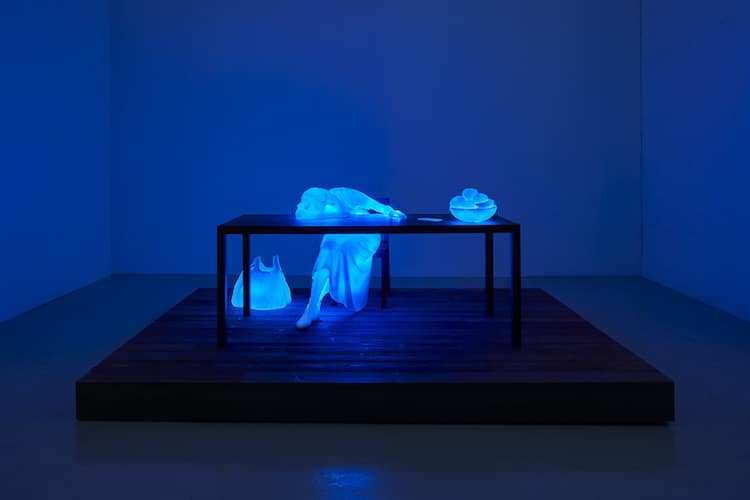 The modern world is an ever-changing source of inspiration, and American artist Doug Aitken has managed to capture today’s mutability in his newest exhibition, Return to the Real. On show at London’s Victoria Miro Gallery, Aitken’s exhibit consists of two installations—All Doors Open and Inside Out—which he calls a “portrait of the present” or the “near future.”

For these immersive installations, Aitken utilizes lonely sculptural figures that glow with color-changing lights according to accompanying soundscapes. All Doors Open stars a luminous female figure slumped over a table, languidly reaching for her phone. Only she, the phone, a basket of fruit, and a shopping bag on the floor are illuminated by the neon blue light, while the rest of the stage remains dark. Aitken explained the scene as an “anticipation for information,” where the sitter is “caught in the midst of a silent moment.”

In another room, the Inside Out installation features a different lone woman standing in the center and carved from Zebrino marble. Though the sculpture appears to be an ordinary woman, she is actually a figure that’s split in half with mirrored surfaces featured within. The surrounding lights and objects interact with the reflective interior, creating an intriguing experience. The wall behind the human sculpture radiates blue, pink, and purple while reflective steel chimes slowly rotate and play choral music. “I wanted the raw, warehouse-style space to give an intense presence of the physical,” Aitken explained to Dezeen.

In both of his installations, the artist aims to explore our relationship to the modern, technology-driven world that keeps us constantly linked. “We are living in a new era,” Aitken says, “one of complete connectivity, where screen space has become seemingly equal to the physical landscape. This surreal shift in evolution brings us into uncharted waters, a new frontier, one for which we are not fully prepared. These artworks question how we navigate a world of increasing speed and transition, the direction of where we can go, and how we can confront the future.”

Return to the Real is currently on view at the Victoria Miro Gallery in London until December 20, 2019.

Doug Aitken has installed luminescent, color-changing sculptures that explore our relationship to a world dominated by technology. 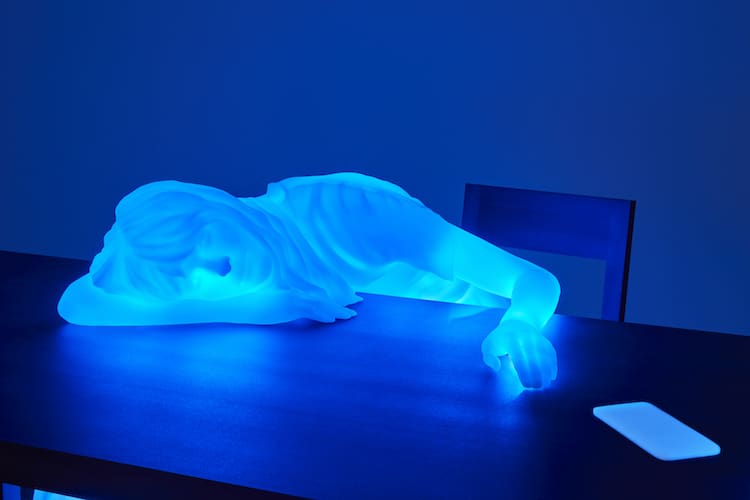 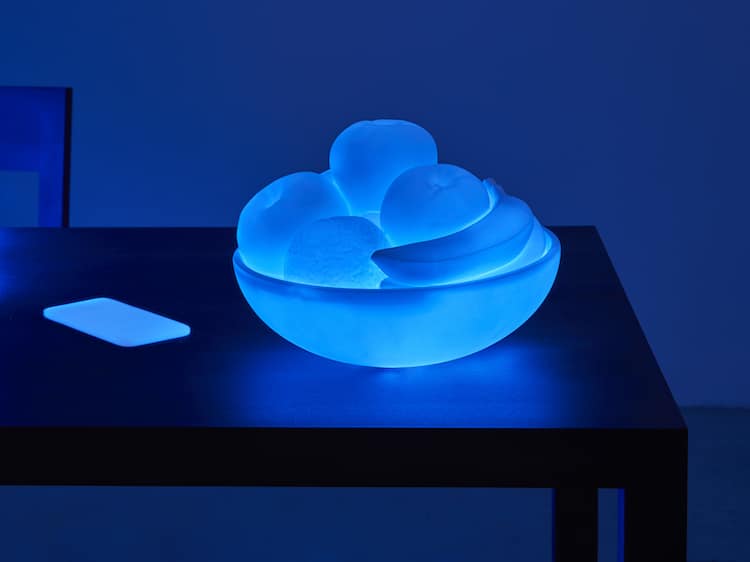 Aitken calls his two installations a “portrait of the present” or “near future.” 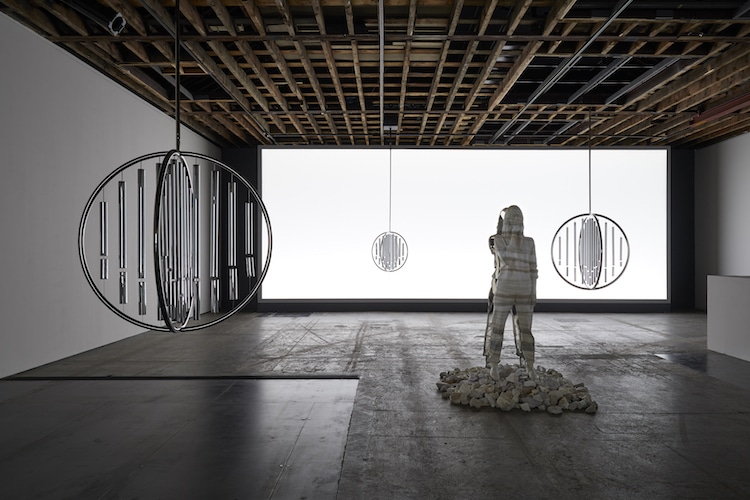 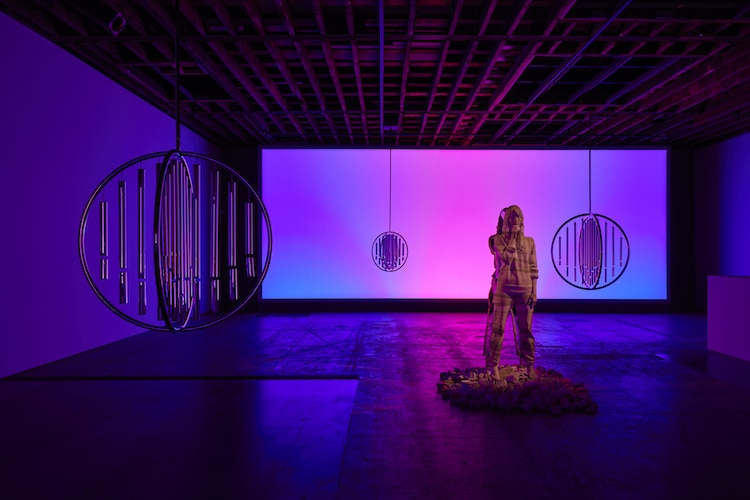 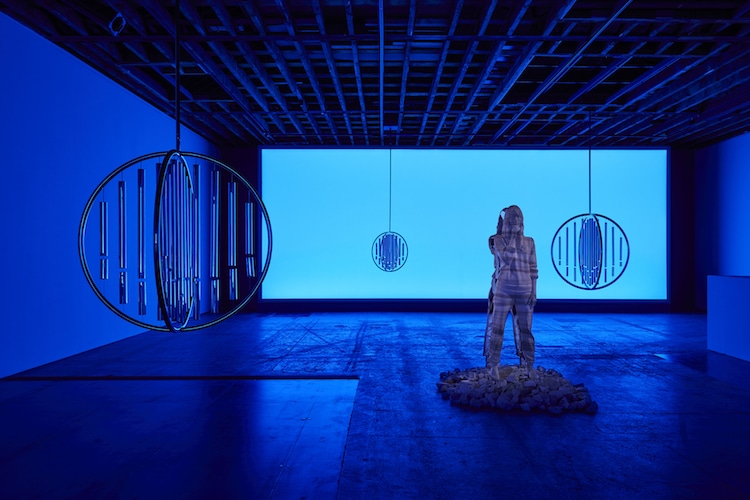 Deborah Kass and Patricia Cronin on How Activism Sparked Their Romance, and the Art...

Rachel Whiteread sculptures now on display at the Georgia Museum of...