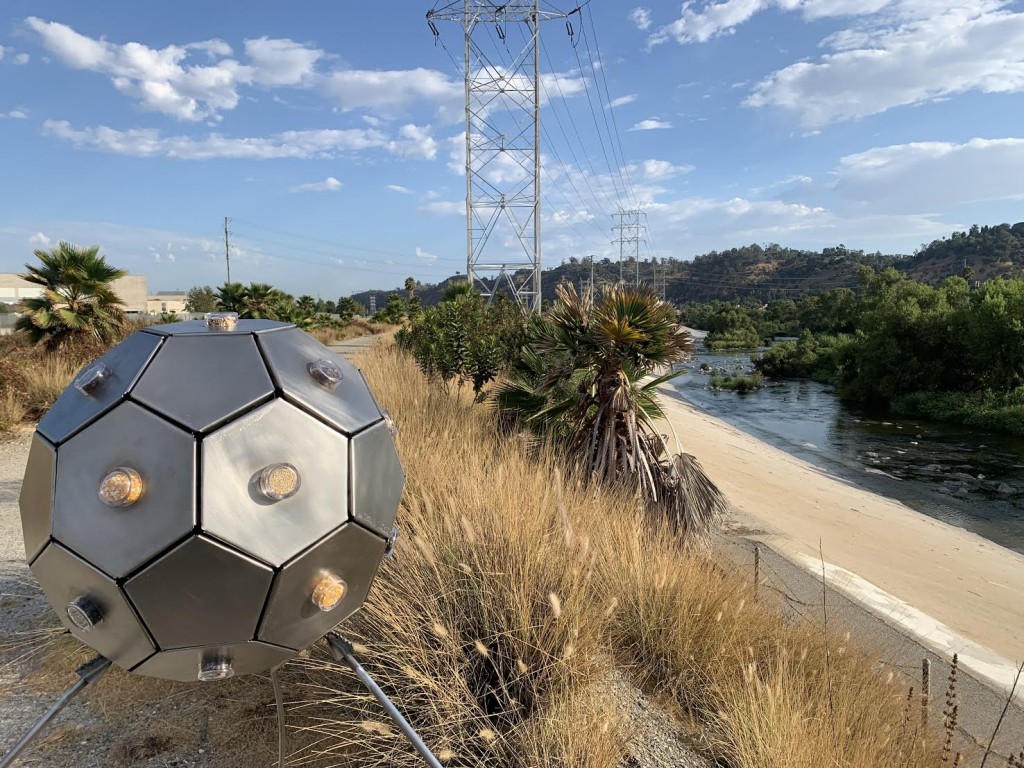 Beatriz Cortez’ Generosity I. It was created in 2019 out of steel, zip ties, corn, beans, quinoa, amaranth, and sorghum seeds. Courtesy of Beatriz Cortez and Commonwealth and Council.

Cortez’s proposal, “Glacial Erratic,” was selected from more than 120 applications from artists representing more than 30 countries.

“During the Ice Age, the melting ice opened grooves on the Manhattan bedrock and deposited numerous glacial erratics all over the landscape,” said Cortez, who has drawn attention and acclaim for her artwork, which is often inspired by the immigrant experience.  “The matter that forms these rocks documents their migration before the human era.”

Her winning sculpture will be made of a steel frame, welded and bolted steel and aluminum. 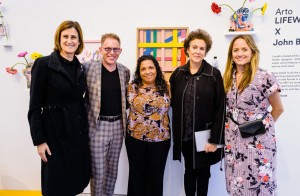 “It is meant to evoke a glacial erratic as it invites the viewer to consider the long counts of time that are marked by the motions of the planet and the planetary nature of ancient migration,” Cortez said.

Her finished steelwork is not sealed, because although steel is seen as durable and industrial, to her it’s organic. Without a topcoat, if the weather is humid, if it rains or humans touch it, it will rust and age quickly – something she describes as “beautiful.”

As an artist, her work explores life in different temporalities and versions of modernity. Cortez explained that many in her native country, El Salvador, along with other countries, often view indigenous people as the past and imagine others as the future. She said she’d rather imagine the technology, knowledge, seeds, culture, and spirituality of indigenous peoples as the future.

“Beatriz is an artist confronting subjects that were considered by earth and landmark artists in the American West in the 1960s and 70s.” said, Brooke Kamin Rapaport, deputy director and Martin Friedman Chief Curator at Madison Square Park Conservancy. “However, she is bringing an independent visual language in a single, larger-than-human-scale sculpture that will be installed within the soaring skyscrapers of Rockefeller Center. Her work forms a contrast to the architecture while looking to a period in a planetary development that’s hiding in plain sight across New York City.”

Cortez’s artwork is currently on view at the Museo de Arte Moderno in Bogotá, Colombia, the Henry Art Gallery at the University of Washington in Seattle, the Ford Foundation Gallery in New York, Los Angeles Contemporary Exhibitions in Los Angeles, TEORé/Tica in San José, Costa Rica, and the Museo MARTE in San Salvador, El Salvador.

At CSUN, she specializes in contemporary Central American literature and culture from interdisciplinary perspectives, the construction of memory, and imaginaries of the future. She is the author of “Aesthetics of Cynicism: Central American Post War Fiction.”

Cortez said the Frieze Sculpture is scheduled to be installed by Earth Day 2020, which will be on April 22 and will be on view at the Rockefeller Center during the Frieze Art Fair in New York.

LIFEWTR is a premium water bottle brand showcasing sources of creativity. They believe inspiration is as essential to life as water. Every few months, LIFEWTR allows three emerging artists a spotlight by launching a new series of bottles with their work.

A sculpture some attribute to Leonardo da Vinci is headed to auction in New...

In the News
After a golden egg was stolen from a $2.8 million Salvador Dali sculpture on loan...