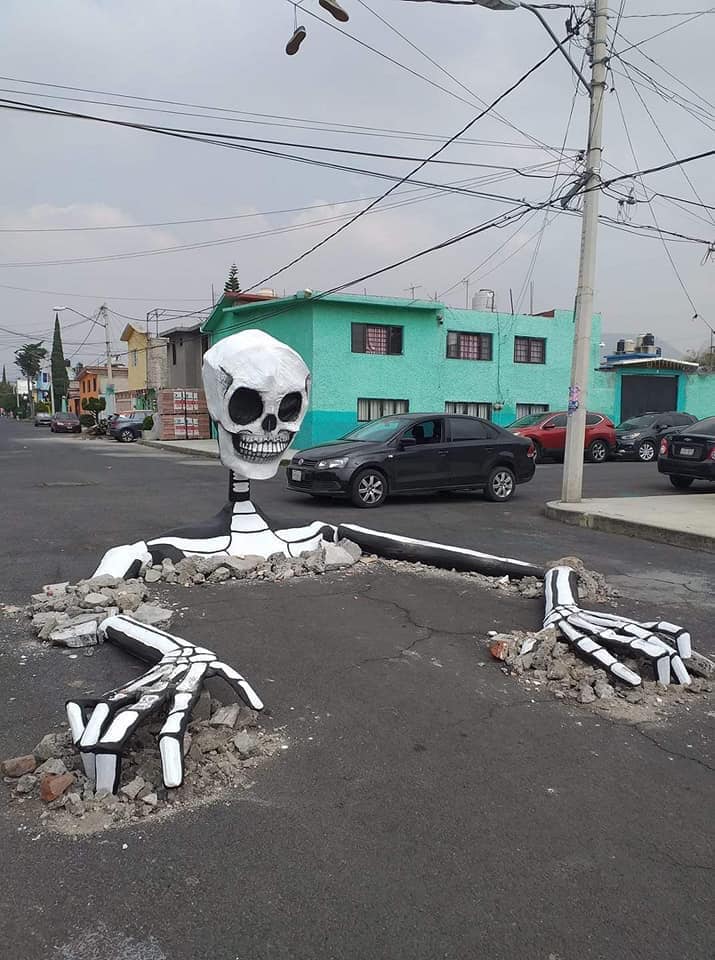 Mexico City is gearing up for its annual Day of the Dead celebrations and in one neighborhood, something strange is emerging from the city streets. In the Tláhuac municipality, two giant skeletons have burst through the asphalt, resting their weary limbs on the pavement. Measuring over 11 feet wide and 7 feet tall, the sculptures are welcome forebearers of the annual celebrations that take place on November 1 and November 2.

The appropriately ghoulish sculptures were created by Jaén Cartonería, a family-run collective of artisans who have been carrying out this tradition for the past eight years. The design was dreamed up by Raymundo Medina Jaen as a way to show children in the Santa Cecilia neighborhood about cultural heritage. Made from cardboard, the sculptures took about one year to create and two days to assemble.

Though it had been reported that the artisans used existing potholes to give the desired effect, in actuality, salvaged rubble was used to give the illusion that the street had burst open. As long as rain doesn’t fall, the sculptures should last for quite some time. For the Jaen family, seeing their work go viral has been an incredible achievement. According to news sources in Mexico, a family member wrote on Facebook: “My family’s work went viral and I am very proud of them since this tradition began about 8 years ago to the point where our neighbors became infected with our love for the Day of the Dead and now it is news!”

The incredible decorations are just a taste of what’s to come when Mexico begins celebrations for Día de los Muertos (better known in Mexico as Día de Muertos). This important annual holiday and cultural tradition has deep roots. Stretching across three days and culminating on November 2, it’s a time to honor and celebrate those who have departed through offerings and gatherings with friends and family. Sometimes mistakenly grouped with Halloween, Day of the Dead is its own separate and distinct tradition that is uniquely Mexican.

Giant skeletons have emerged from the streets of Mexico City in advance of the annual Día de Muertos celebrations. 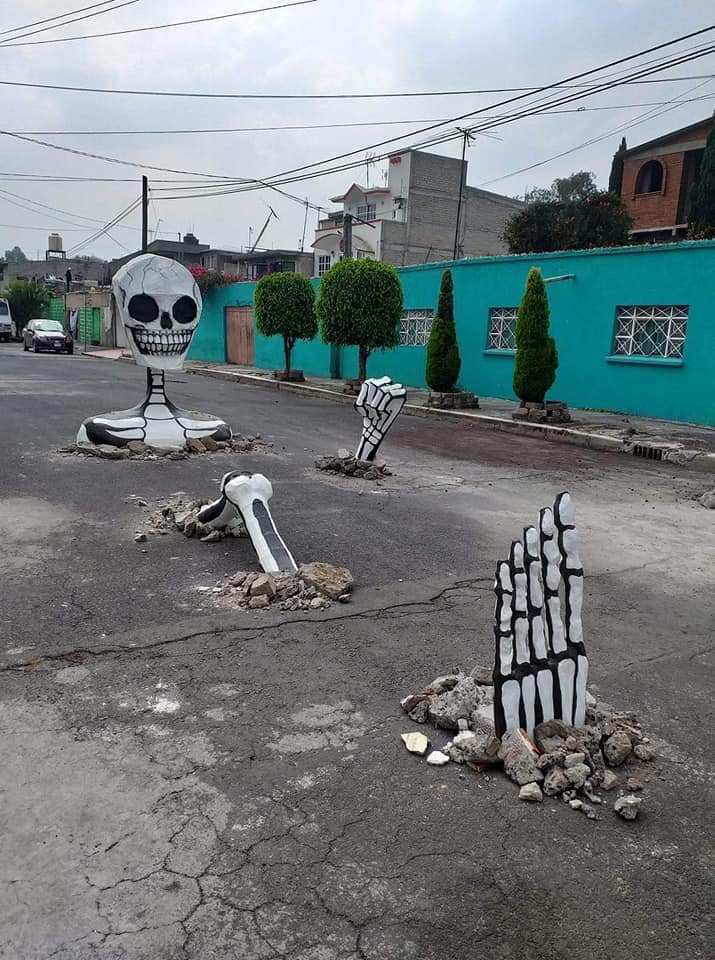 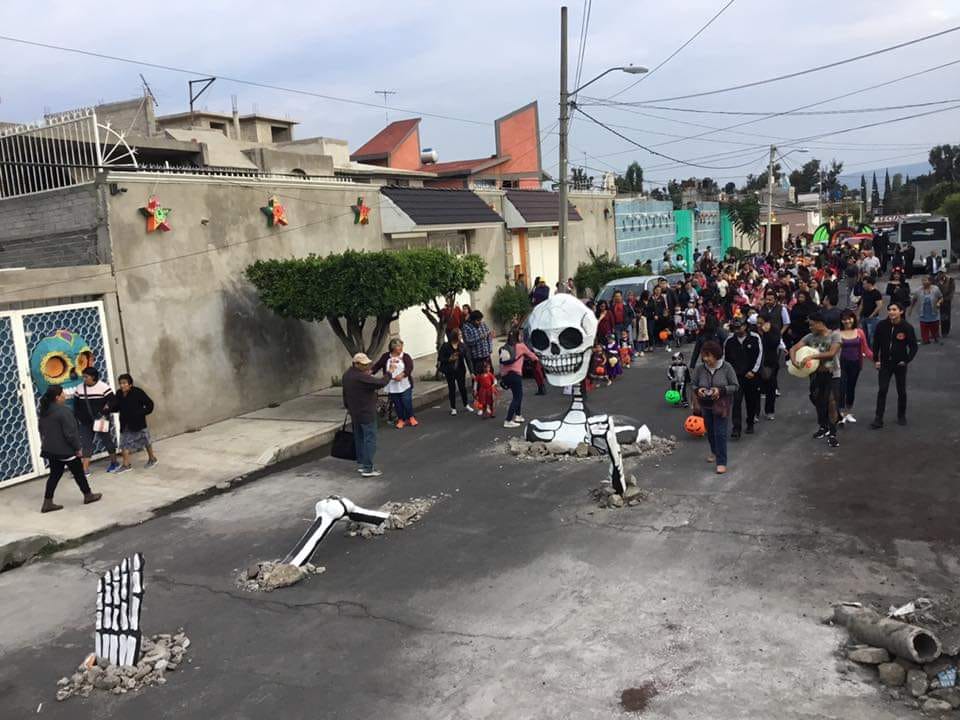 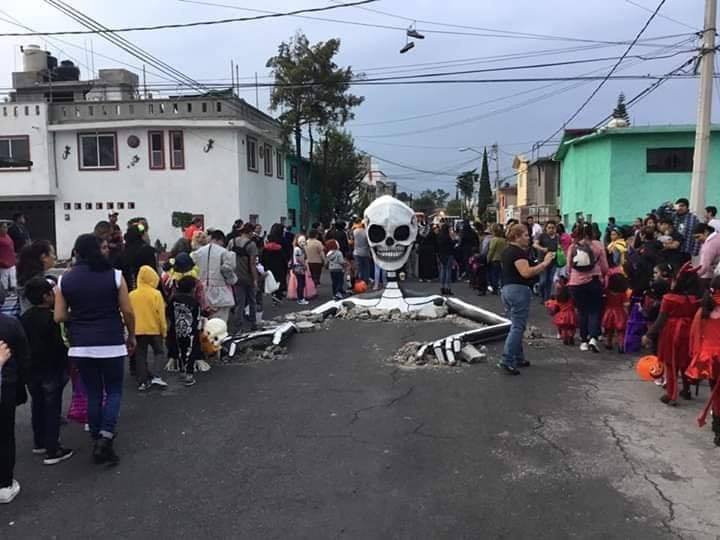 The making of the skeletons was a family affair, as seen through these photos posted by Jaén Cartonería. 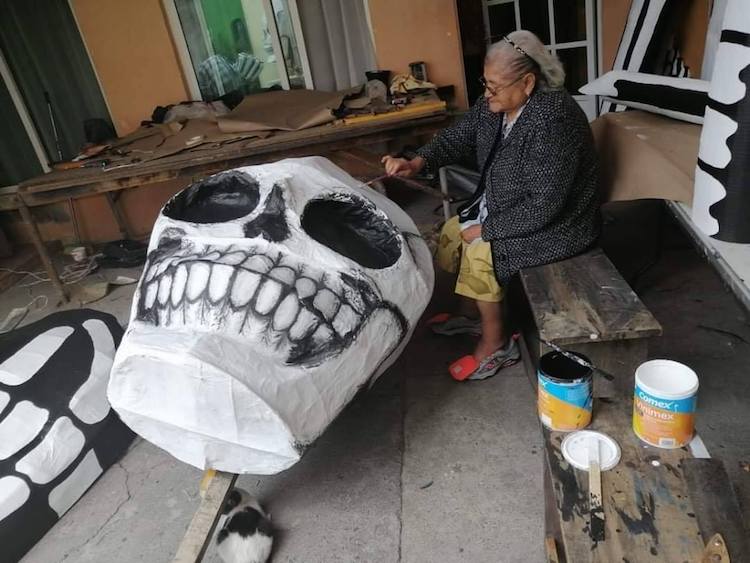 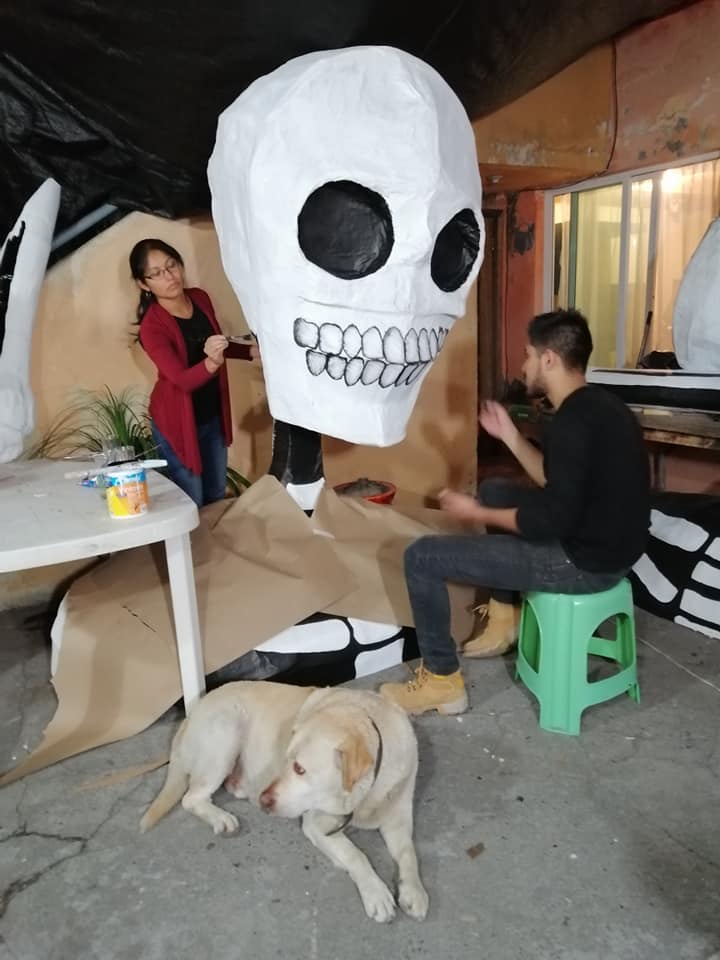 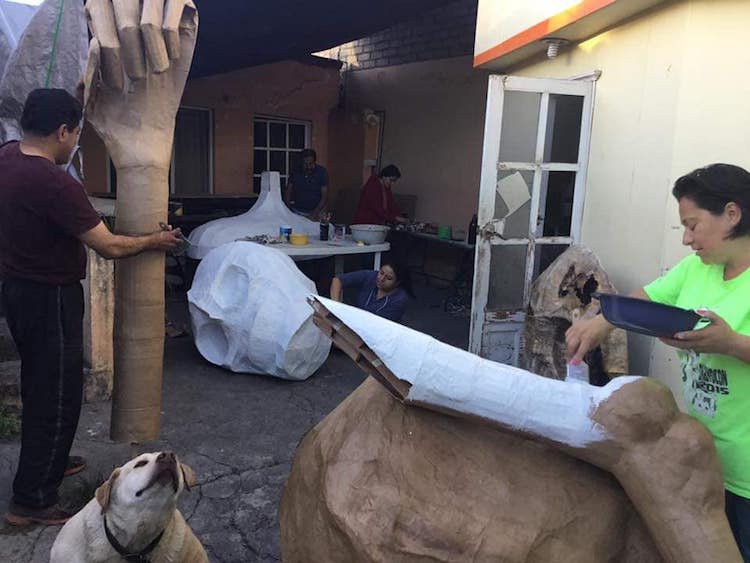 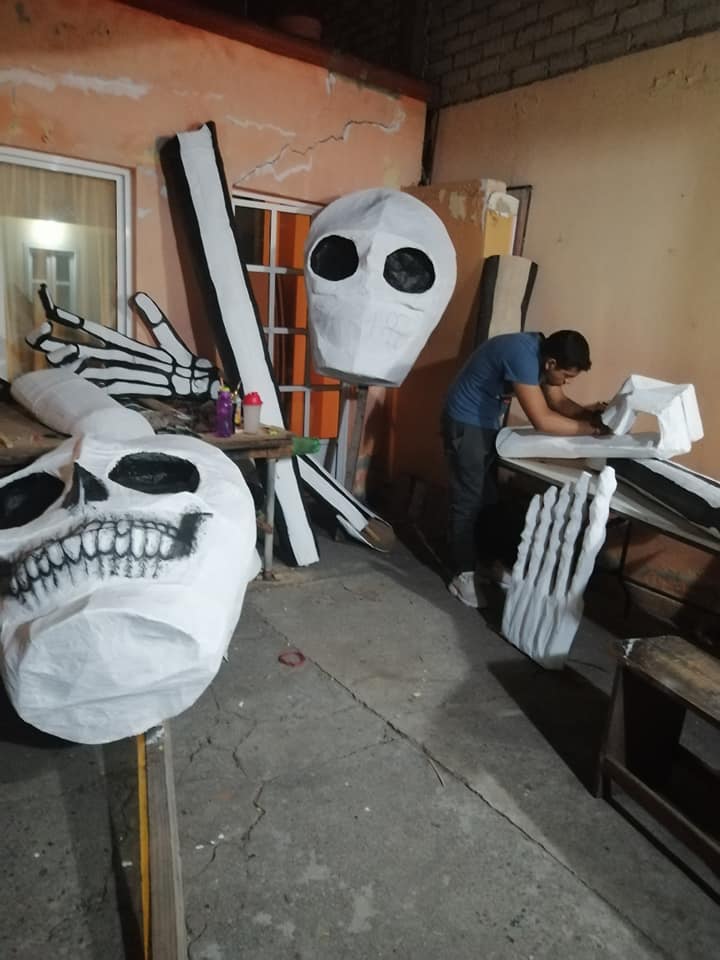 Where You Can Find the Most Festive ‘Day of the Dead’ Celebrations in the U.S.

Spooky Wall Sculptures of Victorian Ghosts Emerging from a Mirror

In the News
For the owners of Donum Estate, the vast expanse of land with undulating hills, pond and vineyard provided the backdrop on which they...

Herzog & de Meuron’s 56 Leonard is finally getting its Anish...

The Survivor: A Massive Sculpture From Syria Has Her Own Story...