Sculptor News
Home In the News Haul of pottery, coins and sculptures unearthed from ‘lost’ Greek city of...


Archaeologists have revealed photographs of some of the first artefacts unearthed from an ancient Trojan city in Greece.

Experts working on the city of Tenea, which is in the Corinthia region, have discovered lamps, pots, coins, baths, a sculpture and a well in the ancient settlement.

The city’s discovery was confirmed last year as experts uncovered an underground network of houses spanning 670 meters and tombs packed with gold and silver urns suggesting the people who lived there had been ‘remarkably affluent’.

Tenea was, according to myth, built to house prisoners after the Trojan war and then believed to have flourished in Roman times.

The ancient city was thought to have been abandoned around 400AD and was then buried beneath the island until excavations began in 2013. 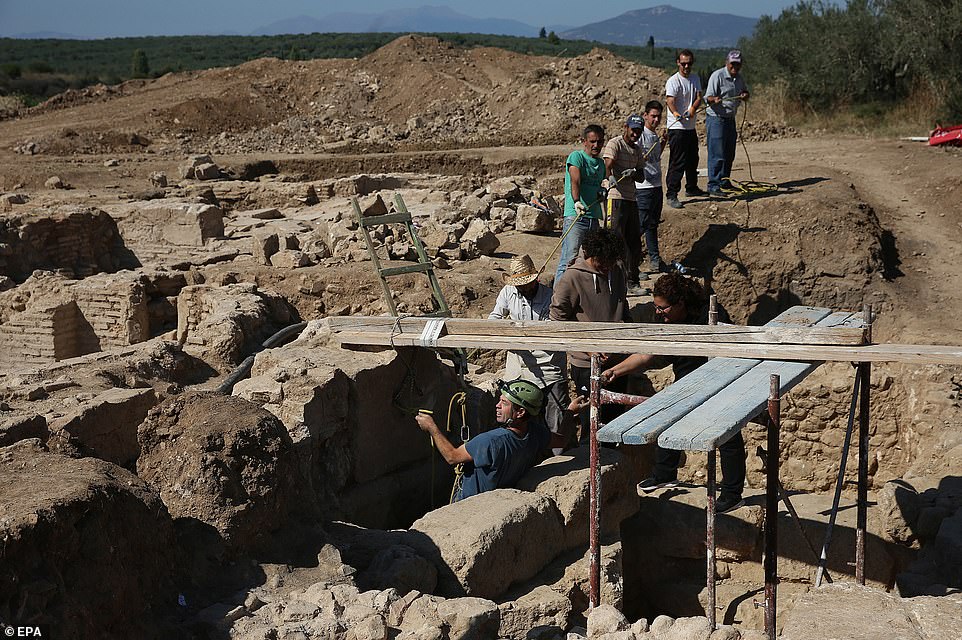 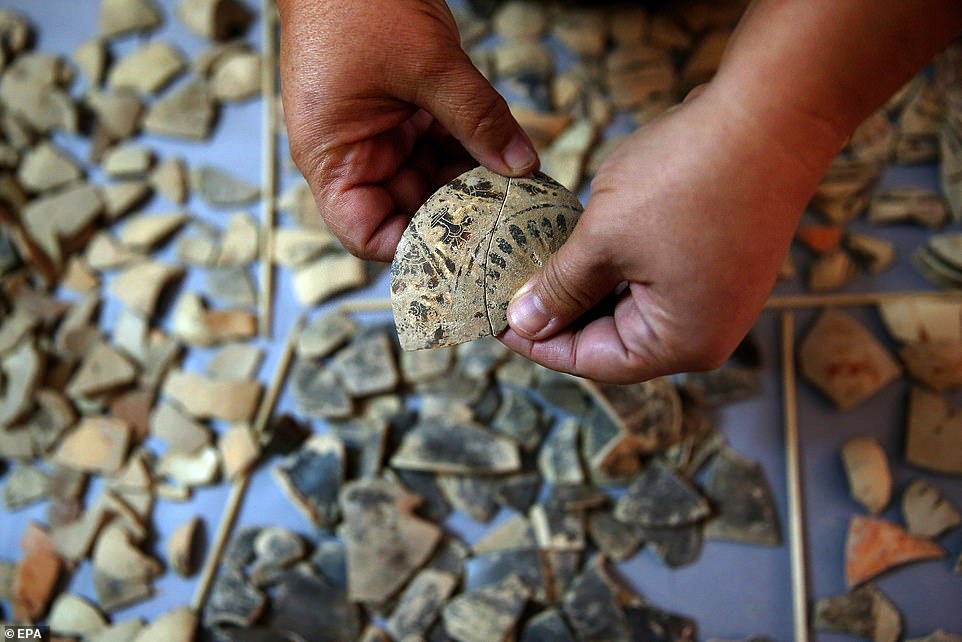 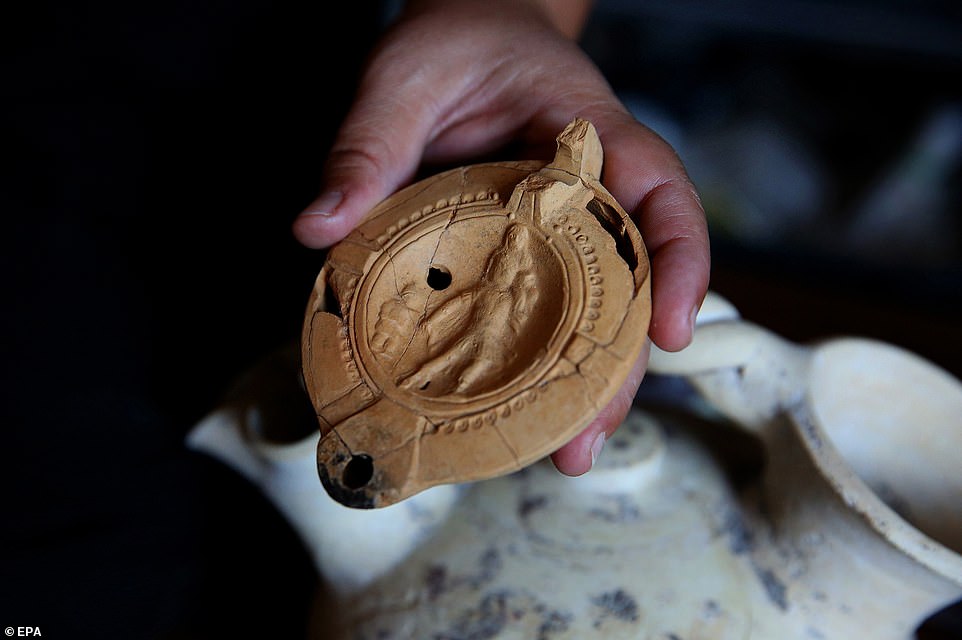 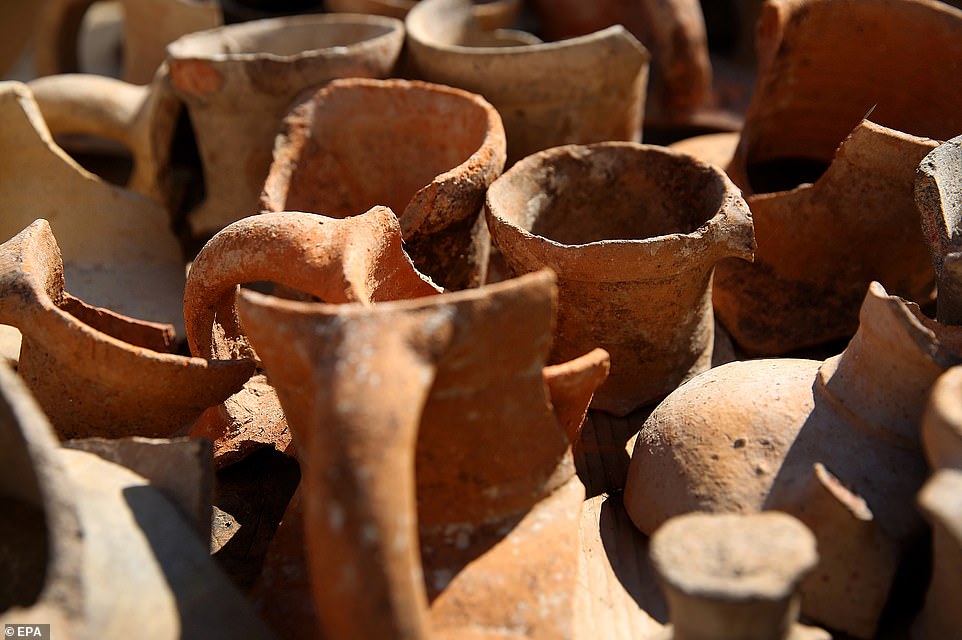 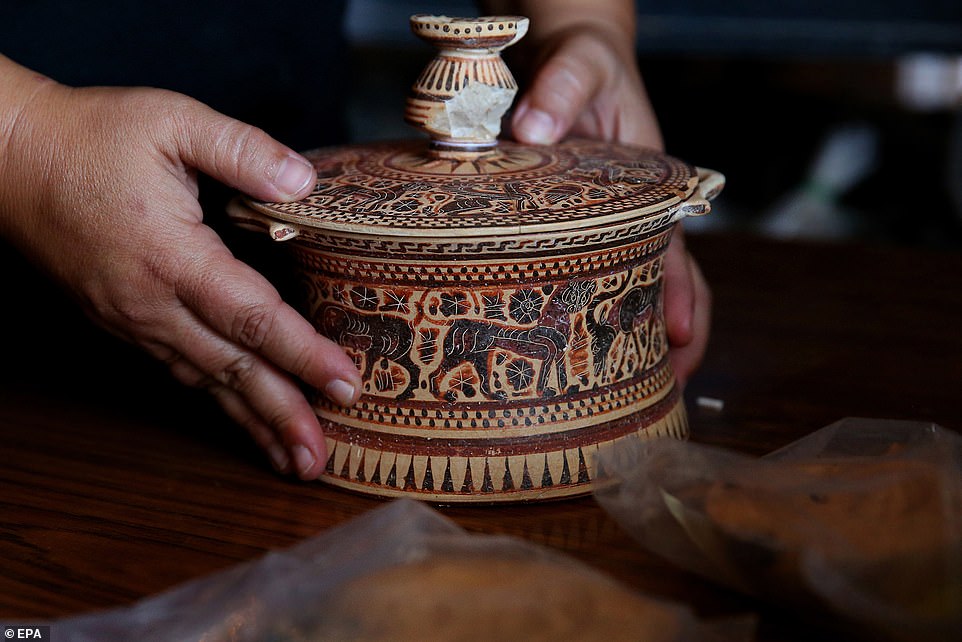 This pyxis – a type of Ancient Greek round, lidded vessel which was used to store jewellery or cosmetics – has been dated to 580BC 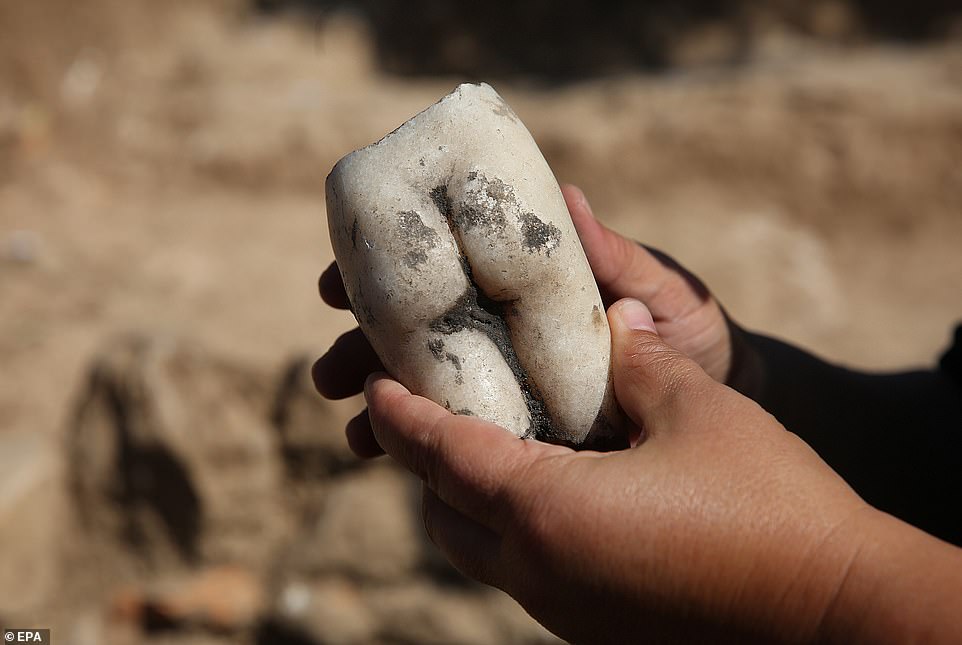 An archaeologist holds a fragment of a statue of the Greek goddess of love, Aphrodite, which was discovered in a well 52 feet (16m) underground in Tenea 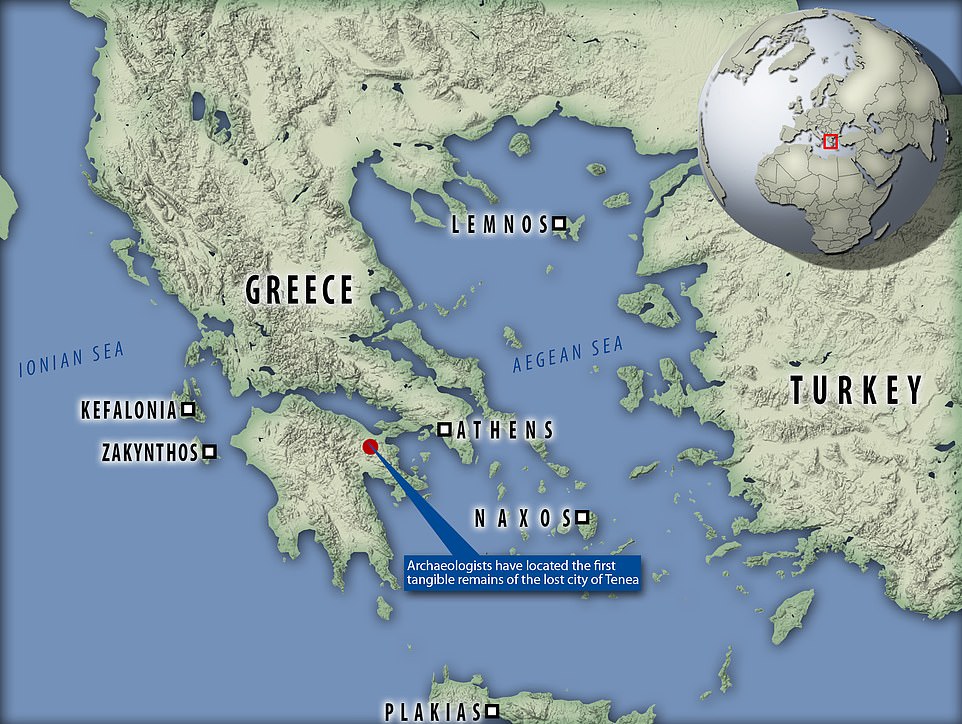 Not much was known about Tenea, apart from ancient references to the reputed link with Troy and to its citizens having formed the bulk of the Greek colonists who founded the city of Syracuse in Sicily

A ministry statement last year said excavations in the southern Greek region of the Peleponnese turned up ‘proof of the existence of the ancient city’ of Tenea.

The first findings came to light in 1984 but excavations officially began in 2013.

Archaeologist Konstantinos Lagos believes the findings are ‘the tip of the iceberg’ and believes interesting discoveries will be uncovered for the next 100 years. 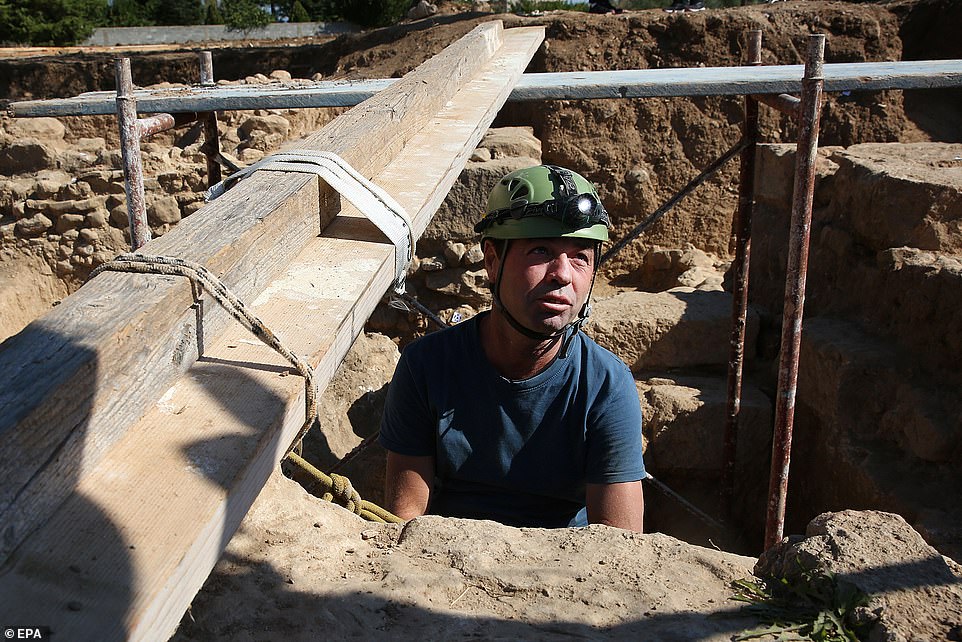 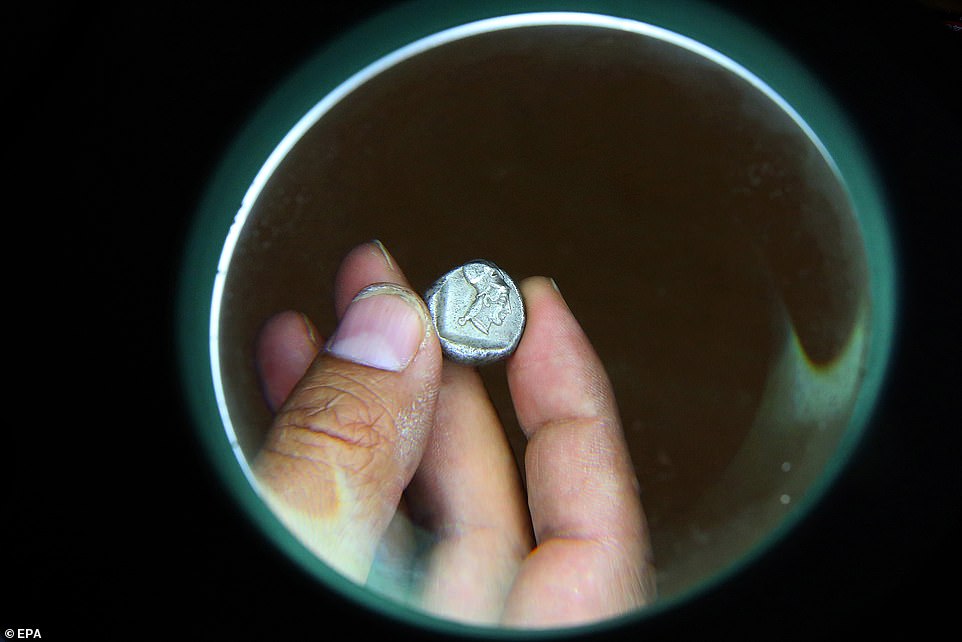 Speaking to the BBC he said: ‘We know the Slavs invaded this area around that time. We believe the people of Tenea abandoned the city and fled to these hills here.’

THE HISTORY OF TENEA

One famous description of Tenea comes from Pausanias

‘Such is the account I heard of the Asopus.

When you have turned from the Acrocorinthus into the mountain road you see the Teneatic gate and a sanctuary of Eilethyia.

The town called Tenea is just about sixty stades distant.

The inhabitants say that they are Trojans who were taken prisoners in Tenedos by the Greeks, and were permitted by Agamemnon to dwell in their present home.

For this reason they honor Apollo more than any other god.

The dig team, led by one of Greece’s top archaeologists, Eleni Korka, have their own theory to explain this mystery.

Mr Lagos said: ‘we know Alaric, who was king of the Visigoths, raided Greece in 397AD, we discovered a coin that was issued by Alaric’s people.’

They believe the city may have been abandoned in this period as Alaric destroyed the city to gain wealth and spread Christianity.

Evidence of later habitation found by the team, around 200 years after this period, suggested that the city had lost its wealth as finds were less elaborate and more practical.

Many references to the lost city of Tenea have been made in Greek myths and historical texts.

One notable one being the legend of Oedipus in which the king of Thebes kills his father and marries his mother – archaeologist Dr Korka claims there are rumours he was brought up in the city.

Among the original finds Finds included walls and clay, marble or stone floors of buildings, as well as household pottery, a bone gaming die and more than 200 coins dating from the 4th century BC to late Roman times.

Finds included walls and clay, marble or stone floors of buildings, as well as household pottery, a bone gaming die and more than 200 coins dating from the 4th century BC to late Roman times. 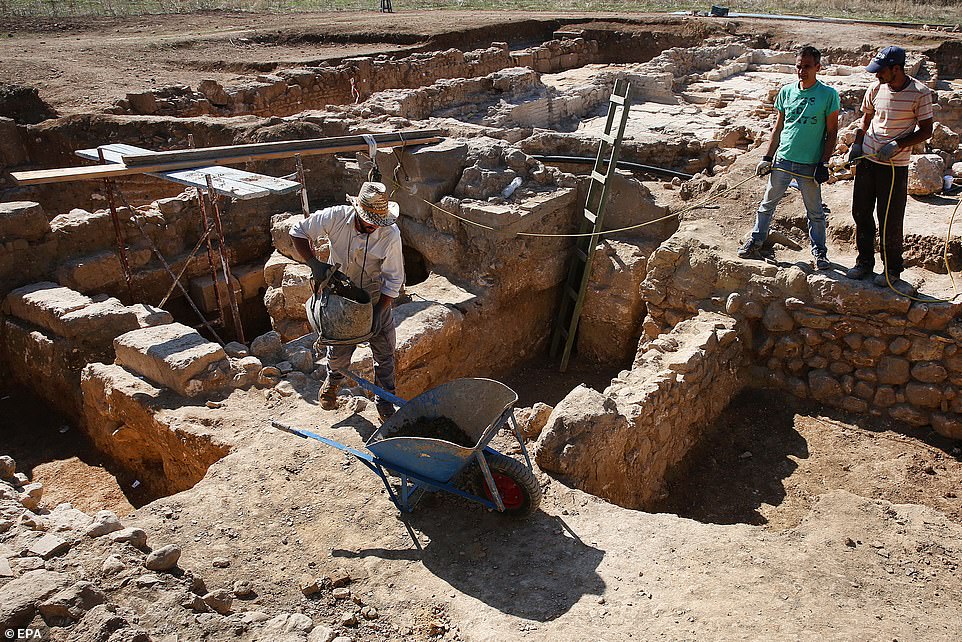 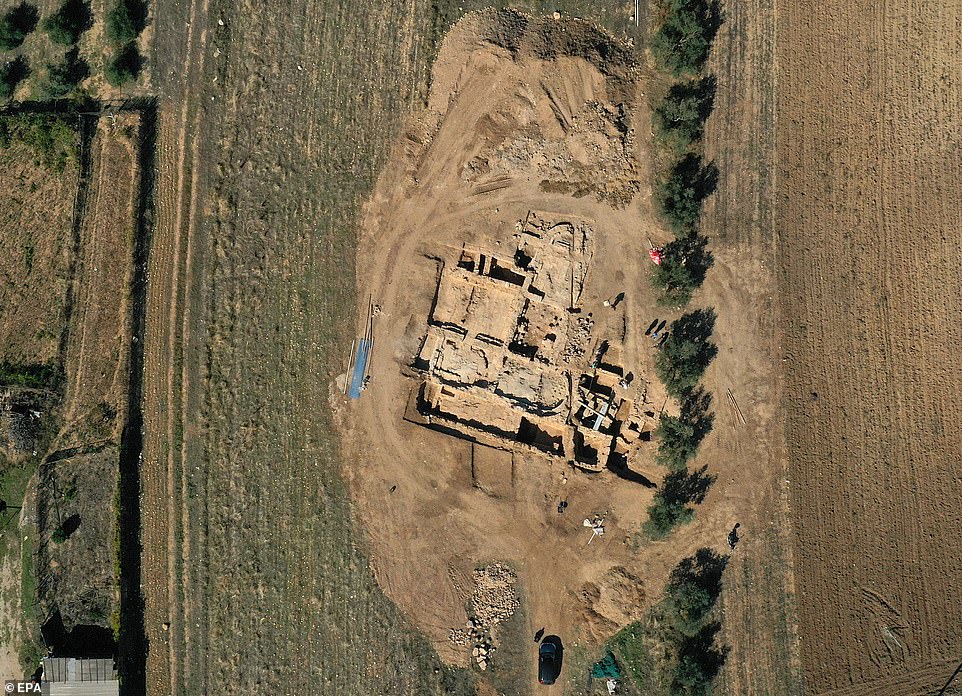 This drone photo shows the footprint of a Roman baths complex discovered in the ancient city of Tenea, Greece 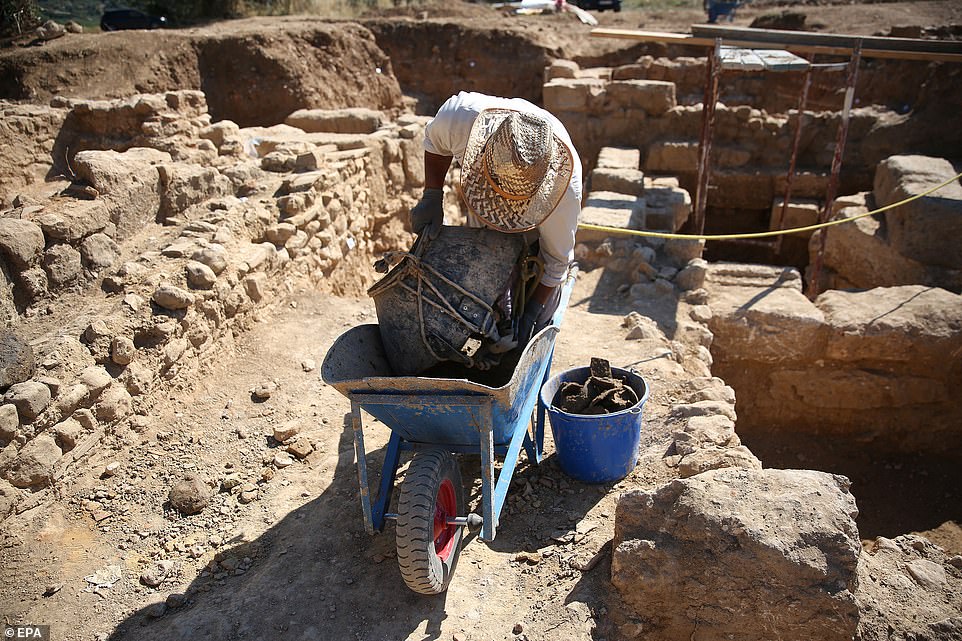 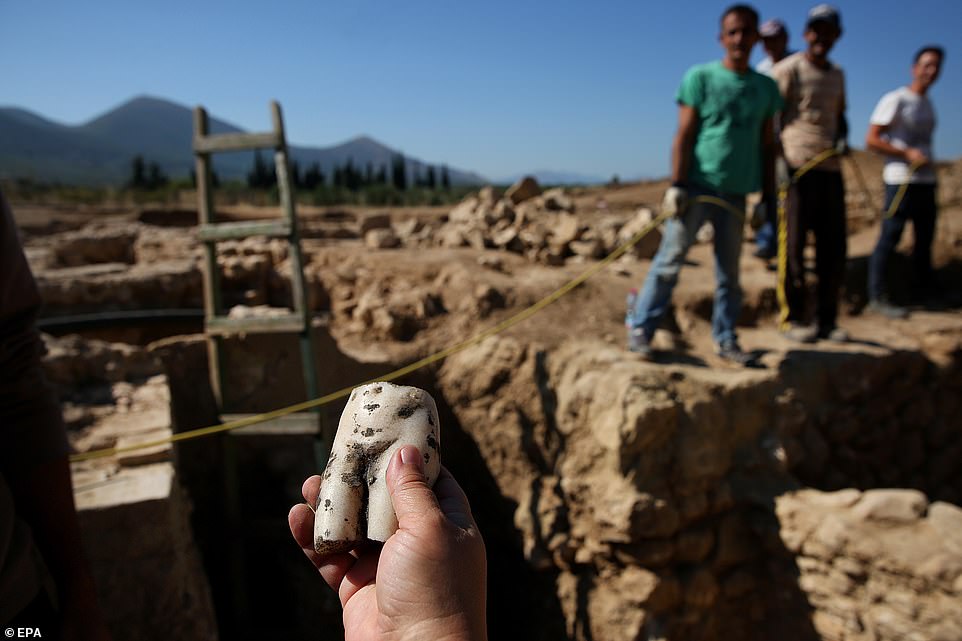 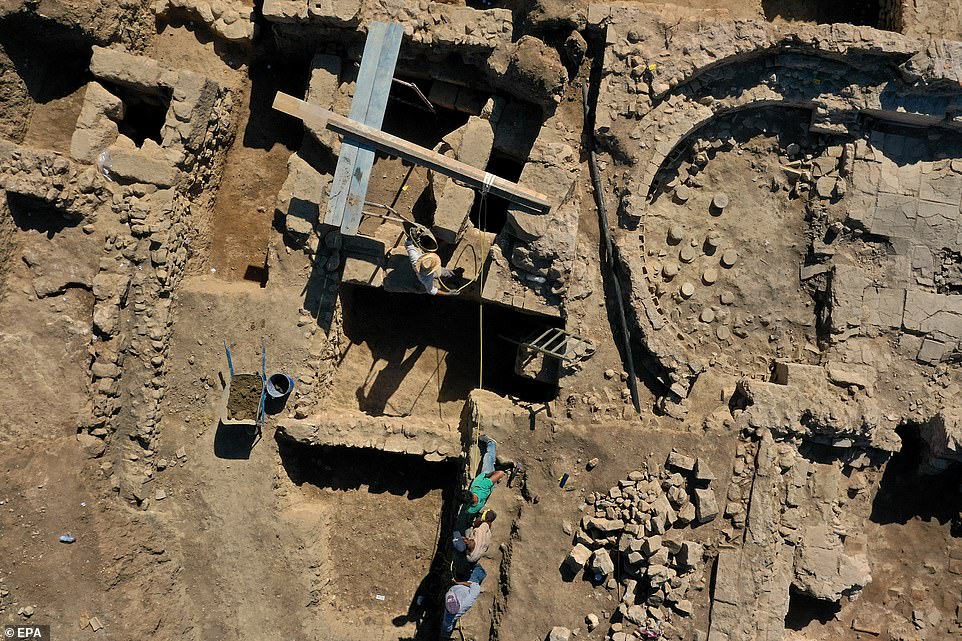 The first findings came to light in 1984 but excavations officially began in 2013 – excavations in the last two seasons identified the exact location of ancient Tenea, up to then known only from literary sources

Among the extravagant belongings were a pyxis – a round lidded vessel thought to have been used for cosmetics, jewellery and valuables.

A roman lamp was also uncovered depicting the Trojan hero Aeneas carrying his father during the evacuation of Troy – the lamp would have been filled with some kind of oil and lit by a wick or strip of cloth.

Experts from several specialities continue to work daily to revealing buildings of the ancient city of Tenea.

A complex of Roman baths were unearthed revealing an area that would be used for social gathering and communal washing for residents of the city.

Before a license was granted for the dig in 2013 antiquities smugglers dug up two remarkable 6th century B.C. marble statues of young men in 2010 and tried to sell them for 10 million euros.

Sofa or Sculpture? Nienkämper’s Heartbeat Sofa Pulls Off Both

‘For Willene’ sculpture a ‘portal’ to PT history

In the News
The official dedication of Russell Jaqua’s metal sculpture in the new Visitor Center Plaza of Port Townsend Nov. 2 marked the culmination of...

“Stolen” Banksy sculpture expected to sell for £1m after reappearing at...