MOUNT DORA, Fla. – A Mount Dora journalist who chronicled the Groveland Four and challenged the Lake County sheriff at the time will soon be one of the few American women to be recognized with a portrait sculpted in her honor.

Mabel Norris Reese first gained national recognition in the 1950s for her courage after she covered the Groveland Four; four African-American teenagers who were falsely accused of raping a white teenager in 1949.

Reese called into question the authority of then-Lake County Sheriff Willis McCall and exposed his corruption of the department by revealing his use of torture to coerce confessions and the use of false evidence to gain confessions.

Reese was retaliated against by having bombs detonated at her home, her newspaper office vandalized, a cross burned in her yard and even had her dog poisoned.

“Few women in America, much less female journalists and investigative reporters, are represented in sculptures and portraits,” said Gary McKechnie, founder of the Mabel Norris Reese Tribute Fund. “But Mabel deserves to be remembered — not just to remind us of the importance of a free press, but to remind everyone of their role as citizens in a democratic society.” 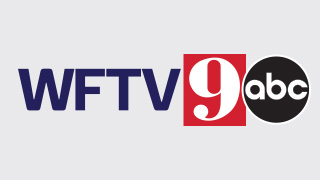 The sculpture was created by artist Jim McNalis and will be unveiled at Mount Dora’s Community building on Jan. 12, 2020.

For additional information on Reese or the project, click here.

Not near a TV? Click here to watch WFTV newscasts live

Are my sculptures real? Anish Kapoor on his first China show – South China...

Art and Sculpture Market Is Responsible For Increasing Market Share And...

Kehinde Wiley’s ‘Rumors of War’ to be installed at the VMFA...