Alissa Khan-Whelan, Chris Godfrey, and CJ Brown erected the sculpture of 16-year-old environmental activist Thunberg in Trafalgar Square, London on Wednesday. The trio are the creative team behind the most-liked picture on the internet; a viral image of an egg that overtook Kylie Jenner’s previous record with 53 million likes.

The ice statue melted over the course of a day; representing the ongoing and increasingly permanent damage caused by climate change. A petition demanding that London Mayor Sadiq Khan places a permanent statue of the teenage climate advocate accompanied the statue.

Thunberg is currently traveling and urging world leaders to engage more meaningfully with climate change. People visiting the statue were encouraged to use the #GretaIceberg hashtag to help spread Thunberg’s timely and important message further.

Greta Thunberg and the Climate Crisis

Thunberg is vegan and first began to receive media attention for skipping school to protest climate change in August 2018. Thunberg has since met with officials, politicians, and celebrities and has been praised by Barack Obama and other public figures.

Most recently, Thunberg and 15 other young activists announced that they are suing five countries for their contributions to climate change. The group of teenagers filed a human rights complaint against Argentina, Brazil, France, Germany, and Turkey.

The young people say that the five largest polluters haven’t used their resources “to prevent the deadly and foreseeable consequences” of the climate crisis. The lawsuit claims that this violates the Convention on the Rights of the Child – the most widely ratified human rights treaty ever.

The petition says that the countries have made “inadequate” pledges to reduce emissions following the 2015 Paris Climate Agreement. “The message that we want to send is that we’ve had enough,” Thunberg said at a press conference.

“If you want advice for what you should do, invite scientists, ask scientists for their expertise,” said Thunberg at the senate’s climate crisis talks. 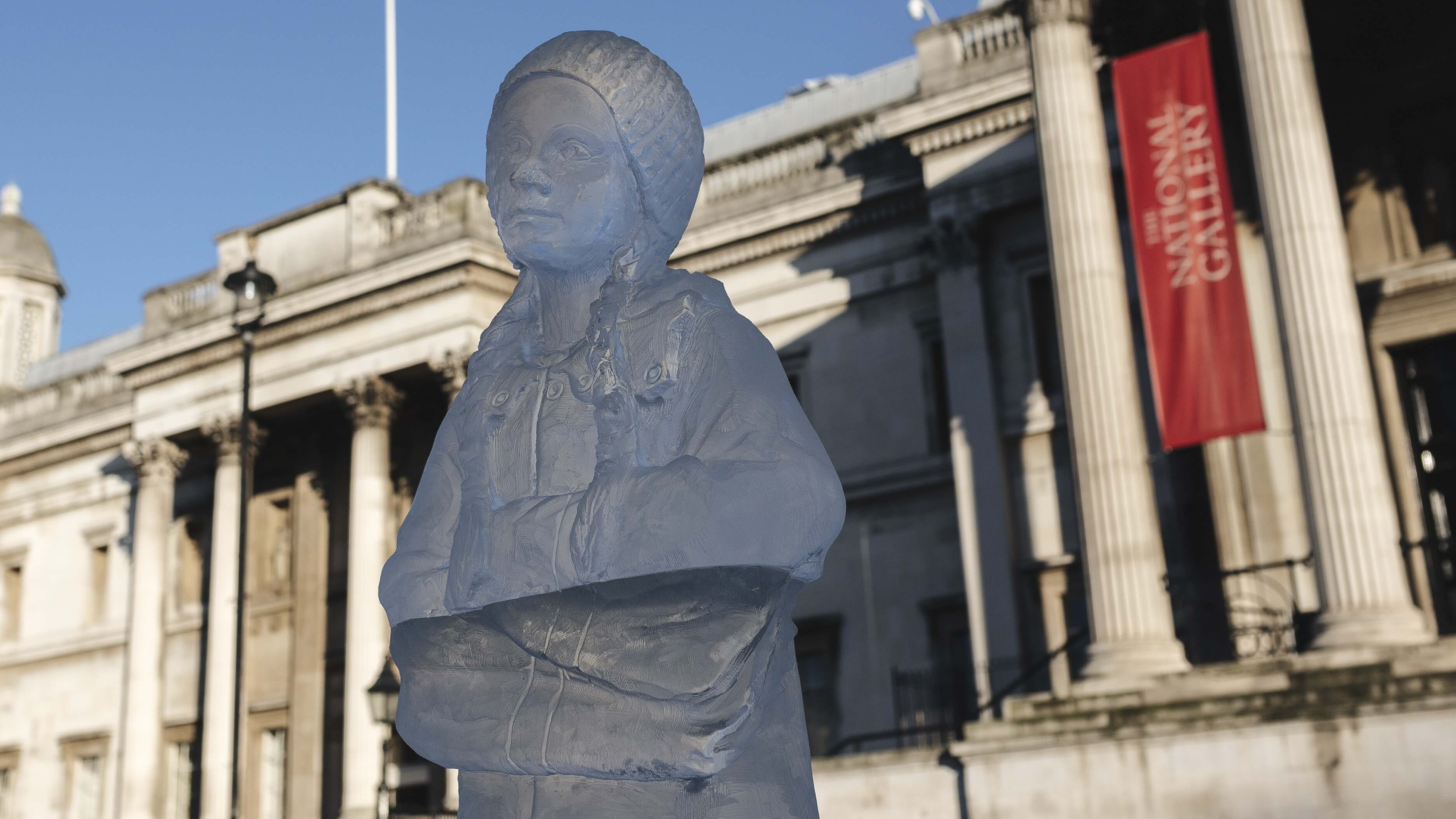 An ice sculpture of teenage environmental activist Greta Thunberg is melting. The statue illustrates the global destruction of glaciers by climate change.

Art and Sculpture Market Is Responsible For Increasing Market Share And Forecast From 2020...

In the News
On Thursday, November 14 at 7 pm, Mallory Mortillaro, curator of collections for the Hartley Dodge Foundation, will be at the Scotch Plains...